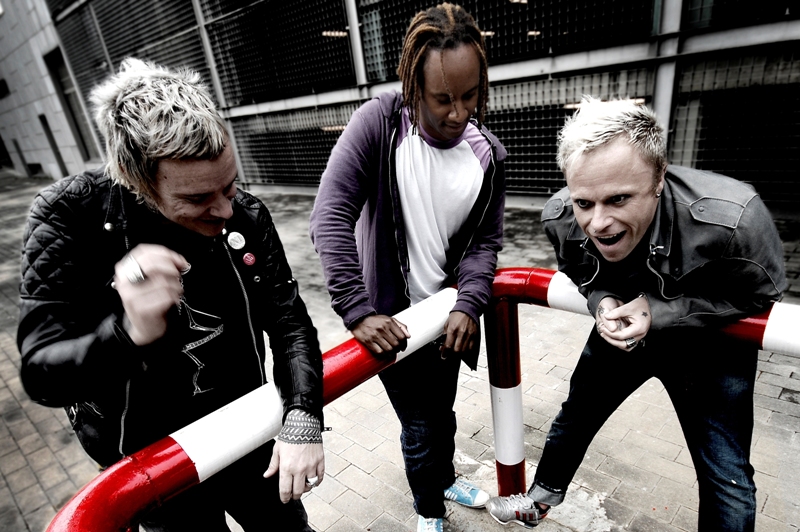 Liam Howlett, founder of the legendary electronic music group The Prodigy, has strong words and high hopes for the group’s upcoming album, which is due out early next year. In an interview with the London Evening Standard, Howlett revealed his feelings about the upcoming untitled work, not the least of which being how he feels it will impact the dance music scene.

“We’re all going to be buzzing off this record, I think it’s our best ever. It’s really strong. It’s violent-sounding — on the edge. It’s us doing what we do best.”

The album will be the group’s sixth, and first since Invaders Must Die in 2009. That was also the last time the group performed in the Northwest, playing Seattle’s WaMu Theater in May of 2009 alongside The Crystal Method and LA Riots. While he’s a fan of some of the acts in dance music today, Howlett said that having a scene built on DJs isn’t healthy and that more bands need to make ‘this kind of music’.

“We’ve always been like a big broom that’s just cleaning up – wiping the floor. They don’t bother us. It’s mainly DJs… We don’t make music like those kind of acts. We view ourselves as in our own kind of area.”

Howlett officially has us pumped and we can’t wait to see what The Prodigy has in store with their next album. Let us know what you think of Howlett’s comments and how excited you are for new tunes from The Prodigy! Comment below, on Facebook, or reply on Twitter!

In this article:Liam Howlett, The Prodigy, upcoming album
Up Next:

Did ZHU Just Reveal Himself As Skrillex At Stereosonic?