More Reading: All of the Toughest Set-Time Conflicts of Shambhala 2016

We’ve checked out The Village, The Grove, and The Amp & The Living Room, and today’s preview is for the most imaginative stage at the festival. The Fractal Forest is full of eye-catching lasers and lights, but we come for the funk. Great artists have put on unforgettable performances year-after-year, and more than a few sets fit the bill at Shambhala 2016. 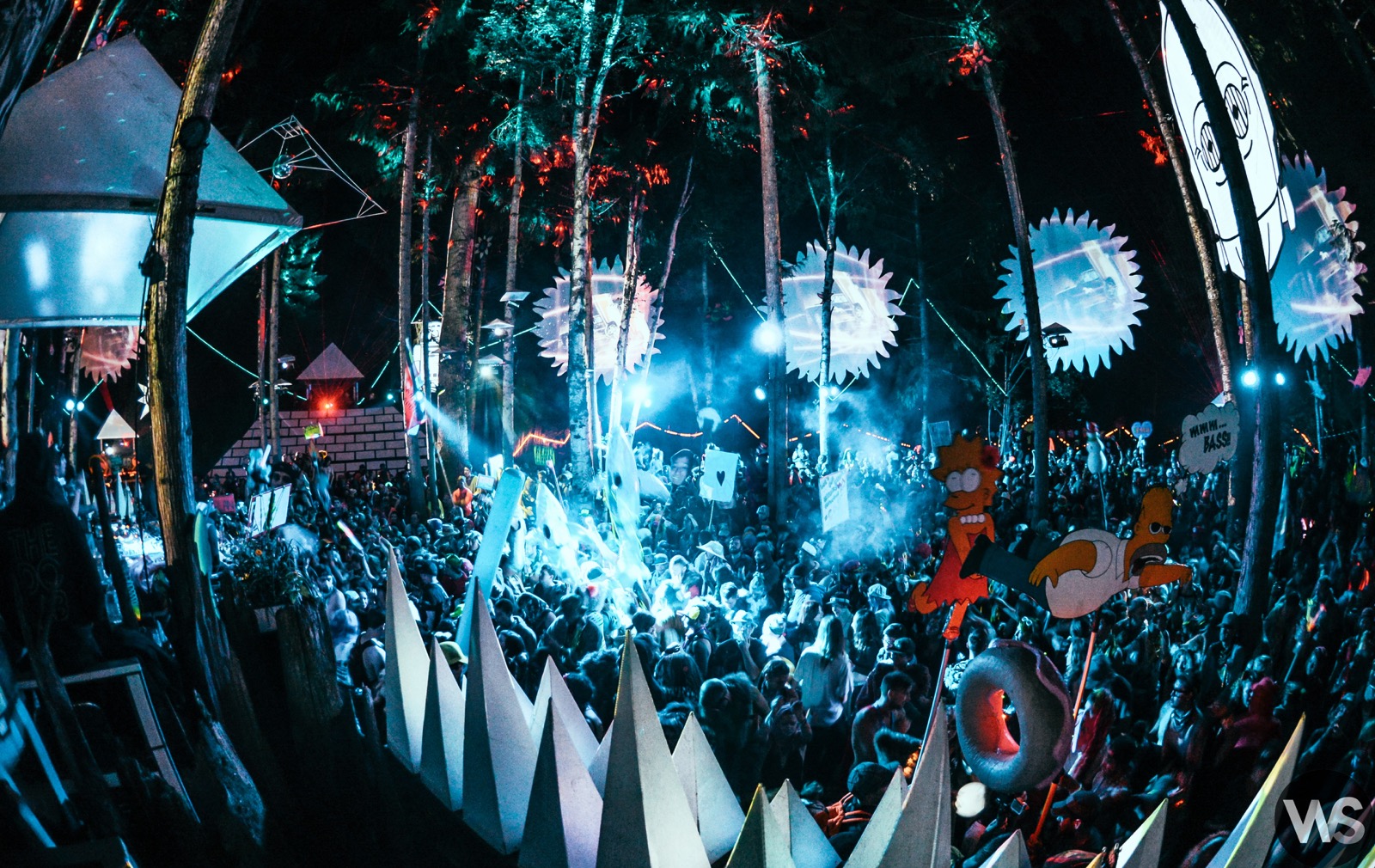 Opening on Friday at 3 p.m. with Shambhala-regular Freddy J, the Fractal Forest will have plenty of early-arrivals looking for first glimpses of what the Shambhala crew has in store for this year. We are consistently blown-away with the production in the Fractal Forest, and can’t wait to make more memories at the stage this year. Fellow Shambhala-veteran Lefy follows Freddy J at 5 p.m., as we begin our Fractal Forest adventures with a couple of Canadians.

British artist Father Funk takes the stage at 6:30 p.m., and is followed by K+Lab’s blend of jazz, funk, glitch-hop, and more as the sun sets from 8 p.m. – 9:30 p.m. As the lights and lasers throughout the forest illuminate, fan-favorite Neon Steve shows-off his skills from 9:30 p.m. – 11 p.m. Then, things get a little nuts.

As we’ve stated many times, all of the stages at Shambhala are full of great artists with performances we wish we could be at. Alas, many of us can only be in one place at a time, and with stacked set-times at the core of Friday, the Fractal Forest may very well end up being that one place.

At 11 p.m., we’re treated to the funkadelic bass-stylings of Aussie OPIUO, an artist with plenty of great Shambhala sets under his belt. That’s just the beginning, as Kelowna’s Stickybuds performs from 12:30 a.m. – 2 a.m., and Vancouver-natives The Funk Hunters are on from 2 a.m. – 3:30 a.m. The blends of funk, glitch-hop, hip-hop, reggae, and much more that attendees will be able to enjoy for this four-and-a-half hour block of music, at a stage unlike any other on the planet, is exactly why we look forward to Shambhala for months on end, year after year.

The first day of fun at the forest wraps up with two more Canadian acts, when Calgary’s Defunk performs at 3:30 a.m., and is followed by Vancouver’s Joseph Martin, closing out the stage from 5 a.m. – 7 a.m. Friday at the Fractal Forest is full of funk, Shambhala-regulars, local artists, and everything else you could ask for. We will be running from stage to stage throughout Shambhala, but on Friday night, we’ll be spending more than a few minutes at the Fractal Forest.

In this article:Fractal Forest, Preview, Shambhala
Up Next: