"Ultimate DJ" Is The Ultimate Commercialization Of EDM
Advertisement 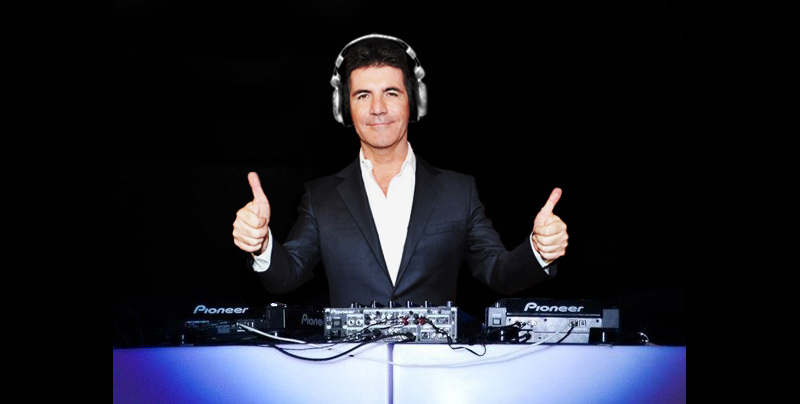 It was announced in 2012 that Simon Cowell would be pursuing yet another talent-show-style reality show, and we weren’t exactly excited. At first, there was talk of Steve Aoki being involved because he played the launch party, but he has denied any involvement as a judge or mentor. As Simon Cowell went around asking the DJ community for their help, he seemed to receive a general reaction of “Fuck off, that’s a terrible idea!” Although that was only the specific reaction of Fatboy Slim, who seems  to think the concept contradicts the very nature of EDM.

“That’s the good thing about dance music; it grows organically through drunk people late at night coming up with stupid ideas. It’s not something that can be scripted or transported into a TV studio.” -Fatboy Slim

One DJ duo has not brushed off Cowell’s offers as quickly and directly as Fatboy Slim. There is rumor via the Daily Star that the Nervo twins will be involved with the show, to whatever extent they choose. They seem to be the only ones supportive of the show’s future, however.

“I don’t think it will ever work. The vocal aspect is what’s missing. When you see someone sing good or bad that will never get boring. But you need an hour to DJ, not two minutes on TV.” -Tiesto

“I didn’t really feel it was something I wanted to be involved in.” -DJ Fresh

If hearing Krewella on the radio wasn’t enough of a clue, EDM has never been more mainstream. If this show gets any traction, are we on the cusp of a “Making the (EDM) Band”? It’s only a matter of time before someone like Simon Cowell tries to cash in on building a super-group like Swedish House Mafia.

With EDM under the microscope and in the spotlight, where do you feel shows like Ultimate DJ put EDM in pop culture? We all saw what happened to boy bands; all good things come to an end. EDM is a train we’d like to keep riding on, so we can only hope that the future remains bright. But is that still possible in the face of unavoidable commercialization?

In this article:Commercialization, DJ Fresh, NERVO, Simon Cowell, Tiesto, Ultimate DJ
Up Next: After 3 DJs Retire in 2016, We Ask: Why Are Artists Leaving Tours Behind?