Paul Allen’s promise to turn Seattle’s historic Pioneer Square neighborhood in to a “walkable mixtape” was kept. The premise of the festival is unusual to the Pacific Northwest, but mirrors that of the well known SXSW in Austin, TX. Performances by artists of all genres including indie, folk, rock, blues, jazz and of course. electronic dance music, were within a few city blocks of one another.

Most performers ertr up-and-coming local acts, as it was specifically designed to help emerging artists, and with that goal, Upstream proved to be more than just a festival. It was also a great networking opportunity for artists, photographers, promoters, production companies, and more. But more than all of that, it was an open space for the Pacific Northwest music industry to connect.

As an avid festival goer (including past trips to SXSW), I was excited to see the fest in action. Most attendees seemed to be confused by the format, but willing to give it a chance. For dance music lovers, Trinity Nightclub and the 18th floor of Smith Tower were the hot-spots, with Smith Tower providing an exciting vibe with the spectacular 360-degree view of the city. The Friday lineup curated by Upper Left, and the Saturday lineup curated by Night Shift came to life here. Justin Hartinger performed live, dancers energized the crowd during while Mike Illvester played, and SEAN CEE kept us dancing.

Overall the festival was a pleasing experience.

The main stage was set up perfectly, just a short walk from the other venues, but far enough to keep the sound separated. With a spacious beer garden and a handful of food trucks nearby, you could spend all day here comfortably. If you’re like me however, you want to venture around. Up and down Occidental Ave were art installations. The interactive mirror tunnel and lights in the trees made for a great photo opp. There were a good number of street performers as well. Most stationed right outside restaurants playing the acoustic guitar and singing.

At a reasonable price of $10 a day, lockers set up in Occidental Park were life savers, especially for attendees who worked in the city and wanted to check out the fest once they were off, as well as for those who attended the Summit and wanted to go straight to the music afterwards. Bottom line, they were safe, secure and an absolute game-changer for the weekend.

As with any new festival there is always room for improvement.

First, there was a lack of free water. That said though, Upstream isn’t the first festival to lack easily accessible water stations, and not enough available water seems to be a problem at several festivals. Of course, you could easily get water at a bar venue, but sometimes they were packed and reaching the bar became a journey. For some context, a bottle of water on the 18th floor of Smith Tower cost $5.

Additionally, I’d like to see more food carts next year closer to Occidental Park. The food trucks near the mainstage were great, but this section closed down early.  A handful of venues did keep their kitchen open, but more easily accessible options would have been nice. Other than a couple hot dog stands nearby, looking for something to eat felt like a friend telling me “you’re on your own, bud.” Why not map out open restaurants on the map or in the app?Iif you live in the city you probably know where to venture to grab a bite, but that’s not the case for those who live out of town.

Overall, Upstream Music Fest was an overwhelming success. So what’s in store for the future? No official word yet on the fest returning in 2018, but we sure hope it does.

In this article:Upstream Music Festival
Up Next: 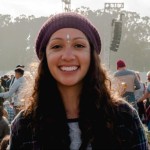