The distinction between professional and amateur, between superstar and musician, has grown murky with the rise of the internet. As globalization increases, the ability of an artist to reach an audience grows; talent can succeed on its own merit. At least, that’s what happens in theory. The idea is perpetuated to a large degree by those who have achieved widespread commercial success for their creations. It’s a flattering notion for them, that they are successful purely by the virtue of being the best. And, to some extent, it’s true. While a few examples of successful incompetence exist, on the whole, those at the top got there through hard work and constant effort.

But, are they the greatest at their craft?[pullquote]”Underground dance music — in the nicest way possible — it’s amateur.”   -Ingrosso[/pullquote]

If you ask the extremely vocal Deadmau5, the answer is apparently a yes. Despite time and time again criticizing the state of mainstream EDM, he replied flippantly to a Tweet questioning the nature of amateur in this day and age. He’s not alone. Axwell and Ingrosso, two-thirds of the legendary Swedish House Mafia, and prolific artists in their own right, blasted the underground scene as beneath them in a recent interview with the New York Times.

The judgment’s a difficult one to pass, though. Here in the Northwest, there’s an incredibly talented and diverse group of artists that contribute to the scene. Are they on the level of Deadmau5? Considering the discrepancy in available resources, it’s extremely difficult to say anything one way or another, as money is pretty useful when it comes to producing a decent sound.

Either way, it’s the consumer that drives music. Without the concert-goer, without the devoted dancer, there’s no top to which to aspire. It’s people supporting what they love that allows dance music to flourish and survive, be it the most underground, breakbeat-jungle-core-techno hour long concept song in existence, or the newest Krewella. Whether or not one has more merit than the other is up to you, and we want to hear your thoughts. 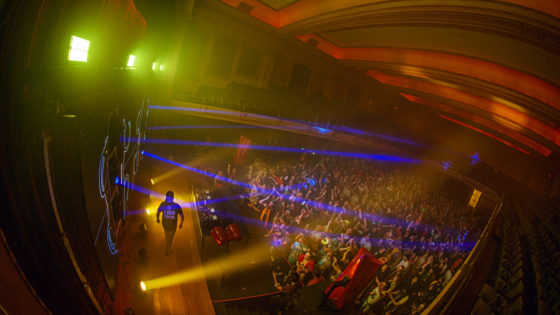