On June 3rd, the rising Belgian producer Apashe released his brand new EP titled Golden Empire. Apashe is a 21-year-old electronic music producer from Brussels, who has started off 2014 with a bang and shows no sign slowing down. Apashe seeks to conquer new territories in his Golden Empire EP which features female duo Odalisk, and he plans to smash dance floors world-wide with his advanced methods of bass-heavy dance music production!

Apashe has done nothing but amaze us thus far; his style has so many unique attributes. He really has taken us by surprise and introduced a new sound to the world of electronic music. With the combination of his grimy bass, creative vocal effects, dirty dubstep wobbs and filthy trap bass-lines, you really just never know what to expect from  Apashe. One thing we will always be able to expect, however, is a hot new bass track for us all to get down on the dance floor to! You can snag Golden Empire on Beatport and follow Apashe on Facebook, Twitter and Soundcloud.

In this article:Apashe, Golden Empire
Up Next: 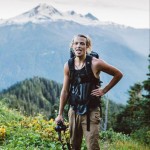