Kaz James, an Australian DJ/Producer who has already worked with dance music legends Skrillex and Kaskade, has now collaborated with powerhouse David Guetta in Blast Off. Combining Guetta’s electro house rhythms and Kaz’s catchy melodies, this uptempo hit will be sure to get house fans jumping this summer. It stands out as unique, using guitar riffs for the build up, followed by the thumping bass. This house rock twist is a fun mix of genres, and will appeal to all types of dance music fans. We are sure it will become a well-circulated electro house hit during this summer’s festival season.

You can be sure to catch Guetta or James if you’re headed to Europe this summer or beyond. Guetta, who just toured around North America and is still seeing the recent success of his hit with Showtek Bad, heads to Ibiza to begin his two residencies at Pacha and Ushuaia. Quickly after, he will head into a European tour. James, who just signed an extended deal with One Love Records, will join Guetta in Ibiza, as well as his own residency at Paradise Club in Mykonos, Greece. Blast Off is released June 9th. In the meantime, listen to the preview above! 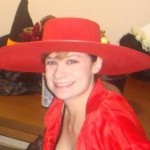