Calling all witches and ghouls: The Northwest’s favorite sinister circus will be making its way back to Seattle at WaMu Theater on October 27th, as announced in flyers passed at Paradiso. While this year is only one night, it’s still good news for fans of the festival, with a set-up that could mean cheaper ticket prices, a bigger venue, more rides and carnival games, and the best lineup imaginable. 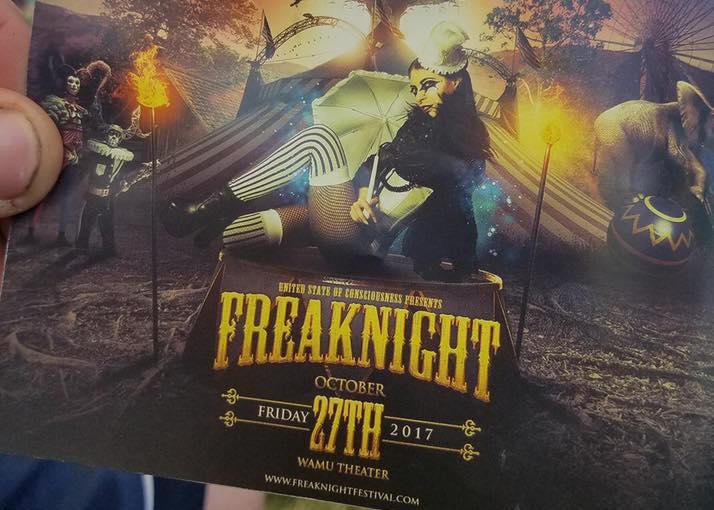 Back in its early iterations, FreakNight was always a single-night event filled with fun, costumes, dancing, food, and friends. 2017 will return the Halloween celebration to its roots, trimming it down from the two-day affair we’ve had in recent years. We at DMNW are incredibly excited to witness the return of the biggest Halloween festival in the Northwest, as well as all the goodies USC Events will have for us soon; inevitably, there will be lots to look forward to.

While summer is just gearing up and everyone is enjoying festival season, keep Halloween in the back of your mind! Sound off in the comments below with your ideal headliners, and what you look forward to the most with FreakNight back where it truly belongs: In the heart of Seattle!