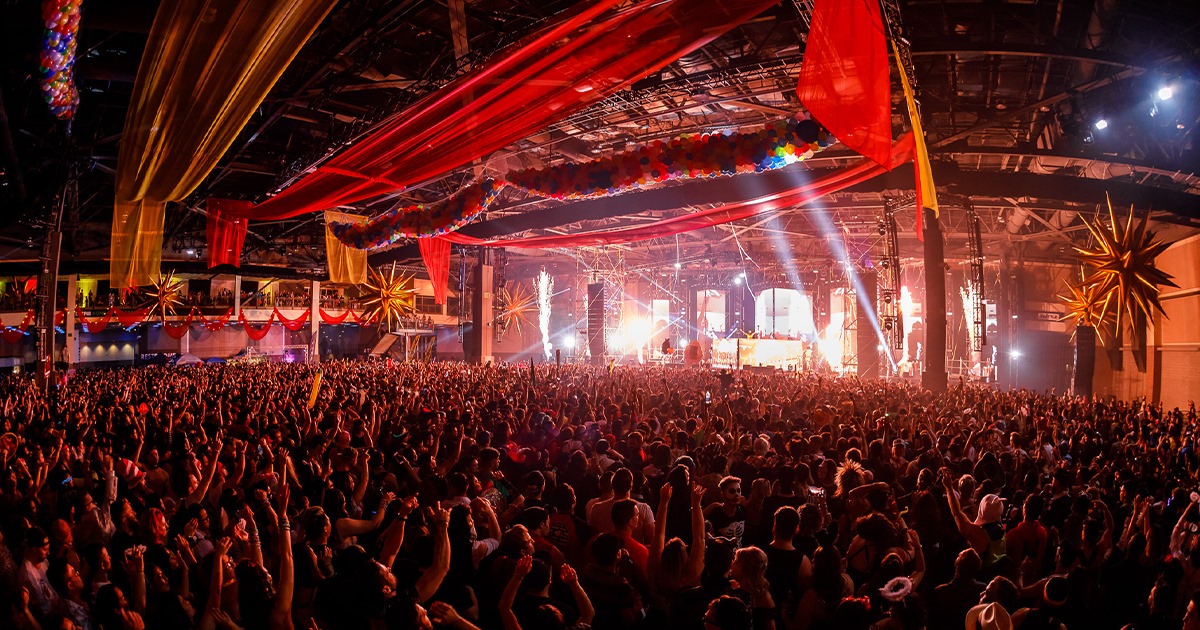 With FreakNight (pictured above) appearing to no longer be in the picture, a new Halloween event is coming to Seattle. (Photo credit: USC Events)

Halloween Weekend 2019 is certainly one for the record books. USC Events hosted its’ 23rd annual edition of FreakNight and it did not disappoint.

Taking place at the WaMu Theater in downtown Seattle, this Halloween extravaganza, one of the largest in the northwest, pulled in huge artists like Porter Robinson, YG, Don Diablo, and many more!  The one-night event showcased its usual big-top circus theme, which we all know and love. Three stages set the scene, along with theatrical entertainers, carnival rides, and other fun activations spread out across the venue giving attendees more than meets the eye.

We here at DMNW were thrilled, as always, to attend, and support, this fun-filled event.

After nearly a decade of hosting events at the WaMu Theater, lines are becoming less of a negative factor. Two separate entrances, and knowledgeable security staff, made way for a quick 20-minute entrance.

We were immediately struck by the traditional red decorations. USC Events went all out to make Freaknight a Halloween Wonderland. It was fun to see all the attendees in costume! Did you have a chance to browse the walkway between mainstage and the trance stage? How about the silent disco in between the bass and the mainstages? So much to see and so little time it seemed. Everything from top to bottom was a grand spectacle.

For Freaknight the perfect plan was drafted for the stage locations. Compared to previous years, it was a lot easier to navigate between the three stages. It really felt like USC Events had the attendees in mind. All three stages had perfect acoustics.

Most importantly is how easy it was to find a good viewing spot of our favorite artists. For Porter Robinson, BTSM, and Rabbit on the Moon, we found perfect spots without having to camp for hours.

Porter Robinson was easily our favorite performer of the night; his sets are always memorable. There was a 5-minute stage switch between his set, and Don Diablo’s. Why? Well, Porter uses a Traktor Kontroller ,instead of the traditional CDJ, which is something not all artists do! We loved the visuals and stage production, which included fireworks and flames on the stage. Picture us all crying as Porter stands on the stage with an arm raised, against a moving background of a skyline. He changed the energy of the entire crowd when he played hardstyle and the whole venue flashed red.

His set was a combination of Porter originals blended with a sea of edits and unreleased tracks. Notable tracks included remixes of RL Grime’s Core, Malaa’s Revolt, and his track featuring Madeon, Shelter. The final 10 minutes featured Sad Machine (original and Darren Styles/Gammer remix), Fellow Feeling (original and Shadient remix), Fresh Static Snow (Worlds Live Edit), and Darren Styles’ hardstyle track Tom Riddle, before closing out with the monumental Language. As per usual, Porter Robinson was dancing like no one was watching. The 27-year-old performer has completely found his comfort on stage. We love Porter because he plays music for himself. He has no desire to cater to a crowd.

Black Tiger Sex Machine completely destroyed the Bass Stage. There was nothing left for Flosstradamus and 4b. Necks were broken, bodies were in motion, speakers were thumping. The bass stage in and of itself was something to behold. All acts were on another level and the people were loving it! It definitely held a large crowd the entire night.

The Midway Meyhem stage turned into a definite mayhem once Rabbit in the Moon took the stage for their scheduled 10:05 time slot. Their set was the most halloween out of anyone! Stirring hits up since the 90’s Rabbit in the Moon did not disappoint in both music and visuals department. We were led through the utmost psychedelic experience through their songs I’m your drug and the David Bowie remix of Let’s Dance. Their lead singer Bunny is consistently keeping the audience on their toes. From fog blowers, mirrored and light-up jumpsuits, and even hand-held saws (yes, saws) to create a magical ‘sparkling’ setting. Rabbit in the Moon

Other notable sets from K?D, Blackgummy, and Brohug also took our hearts. With only 7 hours of music scheduled we definitely missed a couple of our favorites! What acts did we miss that you loved? Any of the above, plus Figure, Don Diablo, Nora En Pure, Graves, Purple Haze, and Neelix are acceptable answers.

At 1:30 AM when the lights turned on we felt whole. Another smile filled Freaknight had been completed. We loved the energy, the decorations, and the music! Thank you to the Wamu Theater employees and to USC Events for creating a magical Freaknight!

In this article:FreakNight, Halloween, USC Events