From the small town of Burlington Vermont, Morgan Page has been blowing us away for years with songs like The Longest Road, and his latest hit Let You Go. Page recently made appearances in Seattle at USC’s Lucky and Aston Manor. It was clear that you could see and hear the passion in each of his performances. We had the amazing opportunity to chat with the inspiring DJ, environmentalist, and now father about his career, passion, and personal life. How do you feel about Elevate turning 10 and did you expect it to be as successful as it did?

MP: You never know how the releases or the albums are going to work. It’s crazy, I mean to think that Elevate is that old already. I mean you never know. Now everything is so single focused that the longevity is different, but it’s great when songs have abstaining power.

You’re currently on tour and just flew in from Las Vegas! Do you ever get tired of traveling or do you genuinely enjoy being able to travel anywhere?

MP: I love it! I go crazy if I don’t travel every week. I had a break recently, but it’s nice because I have a baby girl—it’s nice to be home with the family. She’s so young, just like two months, so a lot of work, but the work is just beginning. I love DJing even when DJing feels like work, which is rare, but I still love it. I don’t take it for granted.

We know that you’re busy on tour and you’ve been working hard on many projects — can you give us a small sneak peak of what’s coming next?

MP: Oh yeah! There’s a collaboration with Swanky Tunes that’s more of an instrumental club banger record, but I’m going to start doing more of those interspersion between the big vocal singles. It’s going to be called Collusion, and it’s called Collusion because they’re from Russia.

If you could get away from progressive and electro house, what genre would you want to tap into?

MP: Well, I always sprinkle in a little bit of bass in my sets now, but I don’t go to far into that world, but I like bass and a little bit of hip hop. Just little things  to surprise people with —  I like to throw curve balls at them. I think it’s super fun when you merge things — like if you had progressive house and hip hop, like an unconventional combination. Now that hip hop is kind of in this emo-esk sound, that opens up a broader stroke of possibilities, but as far as the stuff I’m making, such as Let You Go, it had a little bit of a tropical feel to it. Stuff coming up this fall is going to be a little more bass driven too.

Your daughter is two months old now—what is it like being a dad? How has your life changed? Do you have any advice to upcoming/new parents?

MP: Nothing has changed at all. No, we had the luxury of having a night nurse early on, which helped out a lot and being able to get a rhythm. Now she’s sleeping 12 hours a night, so I don’t know if getting that rhythm early on was perfect, but I’ve heard it’s just the baby— you either get lucky or not—the next baby will be difficult. I think finding the balance is what’s crazy. I felt like it was a good time in my life to have a kid— with touring, I can be with the baby 4-5 days a week, but my advice would be not have to a kid too early. I couldn’t have imagined doing it any time earlier.

If you could change careers, knowing you’d have the same benefits as DJing—what would that career be?

MP: Probably something in technology. I love a lot of stuff with photography and design; I love a lot of the environmental stuff like sustainability. Maybe even some education for music producers. I record a lot of audits and tips online. I’ve collected everything I’ve ever learned in the last 20 years making music, and put it in one place. It’s almost like a letter to myself if I could go back and teach my 12 year old self. It’s been a really fun project. Also education—a modern view of education—more visual, more applicable, more actual tips.

In this article:Aston Manor, Morgan Page
Up Next: 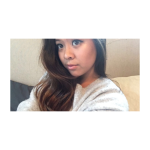