Yotto Takes Us To A Different Dimension With Debut Album, 'Hyperfall'
Advertisement Yotto recently released his debut album on Friday, September 7th. Hyperfall was distributed on Above & Beyond’s deep house extension Anjunadeep, a label Yotto consistently has starred on over the years.

The attention to detail on Hyperfall is impeccable, as Yotto takes us on an adventure with an assortment of highs and lows. There are faster songs such as Kantsu and Radiate, but it also has deeper cuts like Nada C, and Epilogue. As a result these disparate sounds give the album a unique identity.

Yotto worked to make his debut album a journey, with a true beginning, middle, and end. Whereas some albums stick with a similar mood at full length, the feel of Hyperfall changes throughout. If we had to choose one word to describe Hyperfall it would be spiritual.

Nada C is the fourth song on Hyperfall, as one of many examples of Yotto’s down-tempo style. The songs before it are fast and upbeat, giving off a mood of working to get to a destination. Nada C resembles us reaching that destination.

In a recent Billboard interview, Yotto speaks about originally starting work on Nada C in 2004. At a point during the creation of Hyperfall, he decided that he just had to complete the track. Musically, we can hear a choir throughout the song. In that Billboard interview, we find out that this is in fact Yotto’s high school choir from Finland. “The choir sound is actually a bunch of tweaked and hyper-edited samples of my high school choir,” he reveals.

The energy In Nada C reaches a peak towards the end, signaling that we can’t stay in this sanctuary forever, and that we must move on.

Moving forward, the next song, Radiate, saw its first play at the Pacific Northwest’s own Gorge Amphitheater last year at ABGT250. That being so, Radiate instantly brings memories of that magical weekend at the Gorge flooding back.

Yotto spoke about this song in his Billboard interview, explaining how “Radiate is a big performer in my DJ sets, like an asshole-y sports utility vehicle, but made less asshole by being an e-hybrid version. You know, all slick and smooth saying ‘hey, look at me,’ but still trying to be kinda woke and green.”

Yotto describes the intense attention to detail that’s present in Radiate. It’s a showcase of Yotto’s diverse sound, and for many, it’s the true anthem of the larger album.

Yotto will be returning to the Pacific Northwest this November in support of his album. This is a great opportunity for people who missed out on ABGT 250 or if you need another dose of Yotto.

He will be playing at Celebrities Nighclub in Vancouver on November 24. while the venue for his Seattle show is currently in the process of being rescheduled. According to Yotto’s website it will be on November 23.

Yotto creates a magical atmosphere during his performances, making this is one of the biggest events of the year for deep house fans. Hyperfall is available right now for your listening pleasure. 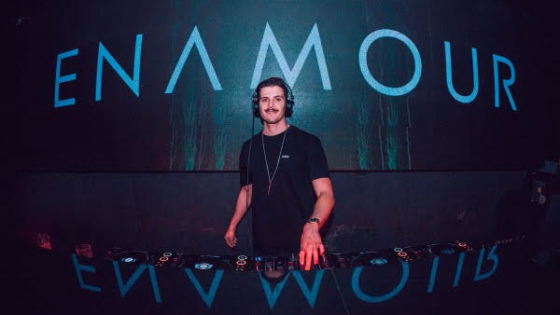