DMNW recently hit the road for back-to-back shows by NGHTMRE and Alan Walker in San Francisco at the Bill Graham Civic Auditorium!

Built in 1915, this historic venue is located in the heart of SF on 99 Grove St. and has a capacity of 8,500 people. BGCA features multiple floors with plenty of surrounding space around the main stage for bathrooms, bars, and areas to take a seat. Both nights we went were sold out and offered completely unique experiences! We experienced a fully-immersive experience different from his DJ sets and club performances, with mind-blowing visuals and insane production to support his debut album, DRMVRSE. The level of production for each song was astounding, with plenty of lasers, live action movie sequences, and an endless supply of pretty, colorful lights. Throughout his set, transitions were in the form of title screens alerting you of the transition to a new song, almost like chapters in a book.

Grabbitz, Kompany, and Barely Alive opened for NGHTMRE, who also brought Grabbitz and his chilling vocals back on stage during his set for a live performance of Bruises.

NGHTMRE’s set comprised of mostly dubstep, but he also mixed in bass house, techno, and drum n’ bass to appease all electronic music fans. The entire crowd experienced myriad emotions. All around us, people were fixated on the gigantic screen behind the DJ booth, breaking down and crying, and at times everyone in the building was jumping up and down with pure joy.

The sold-out show was an emotional trip, and NGHTMRE staked his claim among the top names in EDM. NGHTMRE ended his tour in Seattle at WaMu theater, and we expect to see his name on many lineups this summer, including EDC Mexico and Beyond Wonderland SoCal, and hopefully another stop soon in the PNW.

Alan Walker recently released the second part of his album Walkerverse Pt. 2, and his tour included many of the artists he collaborated with, including Au/Ra and Sophie Simmons.

The visual displays were mesmerizing with Alan Walker’s signature futuristic visuals paired with lasers, CO2 Cryo Jets, and confetti at the end during Faded.

The openers for the December 3rd show in SF included 220 KID and Blossom, who set the night off right with electrifying dance tunes and bouncing bass house.

Once Alan Walker took the stage, the entire arena became filled with a sense of wonder and excitement, as his diehard fans showed their love by belting along with the lyrics for all of his classics including Alone, The Drum, and many remixes of his top hits.

This was the last stop of Alan Walker’s Walkerverse tour, and was everything that a die-hard Alan Walker fan could ask for, and more. The last time we saw Alan Walker was at Boo! Halloween, as well as Illenium’s show last summer at the Gorge, and we cannot wait to see him back in the PNW!

In this article:alan walker, NGHTMRE 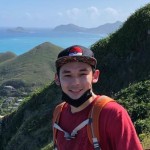