The EP was written during Gooch’s time off from touring, and each track has a specific purpose or meaning to the eclectic British producer (per the SoundCloud description). Patience voices Feed Me’s frustration at having to stop as well as a reflection of the past, while Time for Myself is a re-connection for Gooch with his energy and humor. The initial track to be released from the EP, Alarm Clock, is a stride into new territory for Feed Me, while Without Gravity shows us Feed Me getting comfortable ‘in his skin again. The description of the tracks from the producer himself give depth and understanding that some struggle to attain, and the man formerly known as Spor does an incredible job of translating those feelings and emotions into a sound that represents them well.

Let us know what you think of Feed Me’s latest EP and how excited you are that he’s bringing his teeth and tunes to the Northwest! Comment below, on Facebook, or reply on Twitter!

In this article:Feed Me, Feed Me's Psychedelic Journey, Jon Gooch, Spor
Up Next: 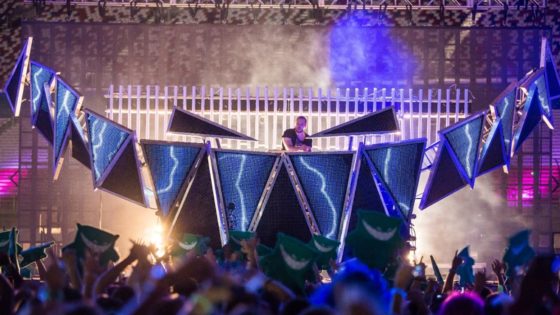