SVDDEN DEATH and SLANDER release long-awaited 'Blood on Me'
Advertisement 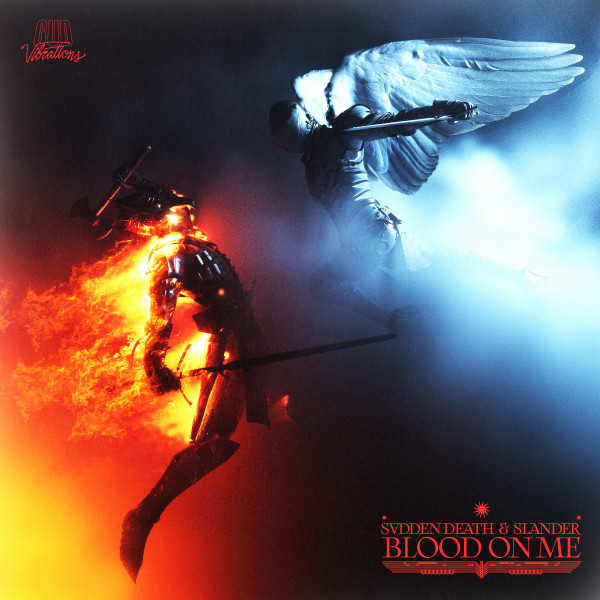 Headbangers, this new SVDDEN DEATH and SLANDER track goes out to you. After months of anticipation following a teaser during their back to back Insomniac stream in May, Blood on Me is finally out. This track features a gripping vocal line characteristic of SLANDER projects, yet ominous undertones from SVDDEN DEATH round it out with a plunging drop. Accentuated with synth riffs and a quick melody, the release hearkens the best of both artists. Check out Blood on Me, out now on Gud Vibrations.

Prior to their new single, SVDDEN DEATH and SLANDER cooked up a monstrous virtual B2B on Insomniac’s channel. The two artists teamed up a few months ago for the Bassrush-run livestream event. Unleashing a wash of their own gritty dubstep rinsed with ID after ID, this set was no joke. This set crowned an overall mind-bending showcase of some of the biggest bass footholds in the game.

Before they performed their live stream together, both bass heavyweights have toured the PNW extensively over the past few years. SLANDER planned to bring the Eye Tour to Seattle this past April, after lighting the Gorge up with NGHTMRE for the Alchemy Tour last fall. While SVDDEN DEATH has made near-annual trips out in our neck of the woods, his VOYD music video for recent single Confusion Spell was filmed near a Seattle forest.

When COVID shut down shows around the world, they both hopped back into the studio, steadily releasing new material and live streams. They’ve amassed a surprising amount of collaborations with other artists over the last few months. SVDDEN DEATH hopped on demonic tracks with SNAILS and past collaborator Marshmello, while SLANDER released two painfully emotional tracks with Jason Ross and William Black. Whenever live music safely returns, at this point both artists may have entirely new sets at this rate.

Until then, we can only dream of the live B2B debut of their new track, Blood on Me. Continuing to heat up as two gravitational beams of bass music both SLANDER and SVDDEN DEATH appear to be far from finished surprising fans this year. Have you listened to their latest head-spinning single Blood on Me, out now on Gud Vibrations? Let us know what you think on Facebook or Twitter.