The Chainsmokers Give Back To a Fan in Need
Advertisement 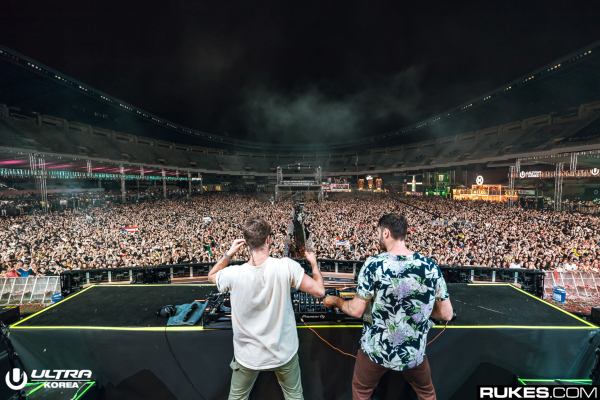 Alex and Drew of The Chainsmokers are one of the hottest discussions in music. We at Dance Music Northwest have followed them since before their Paradiso 2014 performance. It does not matter whether you are for or against them, for they have without a doubt left a historical marker on the electronic dance music community.

Their timeline has been unlike many of their peers. They initially started with remixes and a few originals, and then moved to areas of pop before releasing their debut album, Memories Do Not Open. That release was seen by many as a safe album that appealed to the mainstream.

Despite the safe album, their live performances never declined. The Chainsmokers live concerts have remained top tier throughout their careers, including performances at Paradiso in 2014 and 2016. Don’t believe us? Check out the first few minutes of their live Ultra 2018 performance.

Recently, The Chainsmokers expressed love back to a select fan who had recently gone through some personal struggles. This post is now deleted, but it shows a different side of the duo then we are used to hearing in the tabloids and mainstream media. 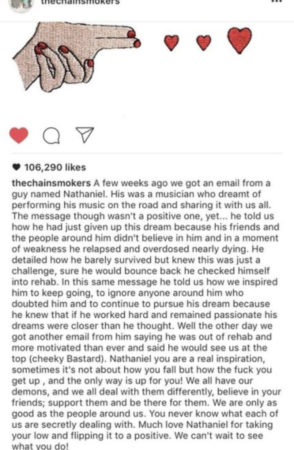 Like them or hate them, they definitely had a shining moment with their fan Nathaniel, showing that they care about the mental health of their fanbase. It certainly is the season to be giving back to fans.

How have The Chainsmokers been a part of your EDM life? What do you think of this whole situation with Nathaniel? Let us know on our Facebook and Twitter!

In this article:fans, Mental Health, The Chainsmokers
Up Next: 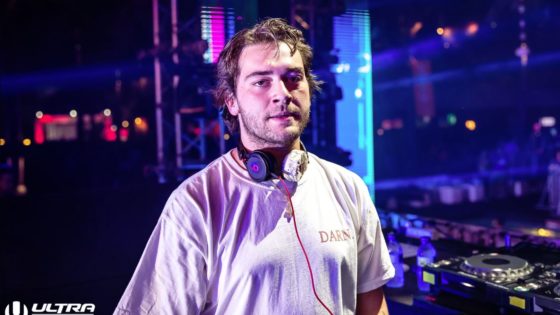