UK trip hop group Massive Attack announced that their iconic album Mezzanine has been remastered and will be released on 2xCD as early as November. To further celebrate the iconic album’s remaster, a special edition box set is due for release sometime in December. Just in time for the holidays!

The box (decorated with heat sensitive ink) contains a number of exclusive items. For starters there will be a book of exclusive images taken by Robert Del Naja and Nick Knight. The remastered version of Messanine will be spread out among three coloured vinyls. In addition, both the 2xCD and box set contain previously unreleased Mad Professor Remixes from their 1998 sessions.

In addition to being certified double-platinum in the UK, Mezzanine peaked at the #1 position on five different charts worldwide. Furthermore, the album’s track Teardrop was used as the opening theme for the American medical drama series House M.D. In addition, that same track was used for the pilot episode of American Crime show Bones. Massive Attack’s prior album Blue Lines was named (by Mixmag) one of ‘50 Most Influential Dance Music Albums of All Time‘.

While an official shipping date has not been announced, the album remaster is available for pre-order here. Check out the box set in its full glory in the image below. What is your favorite track from Massive Attack’s Mezzanine? Let us know in the comments or any of our social accounts!

In this article:Massive Attack, Mezzanine, Trip Hop
Up Next:

Yotto Takes Us To A Different Dimension With Debut Album, ‘Hyperfall’

KSO’s Debut Album is a Must-Listen for Bassline Fans 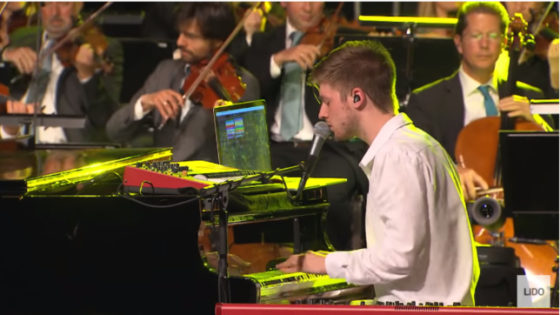