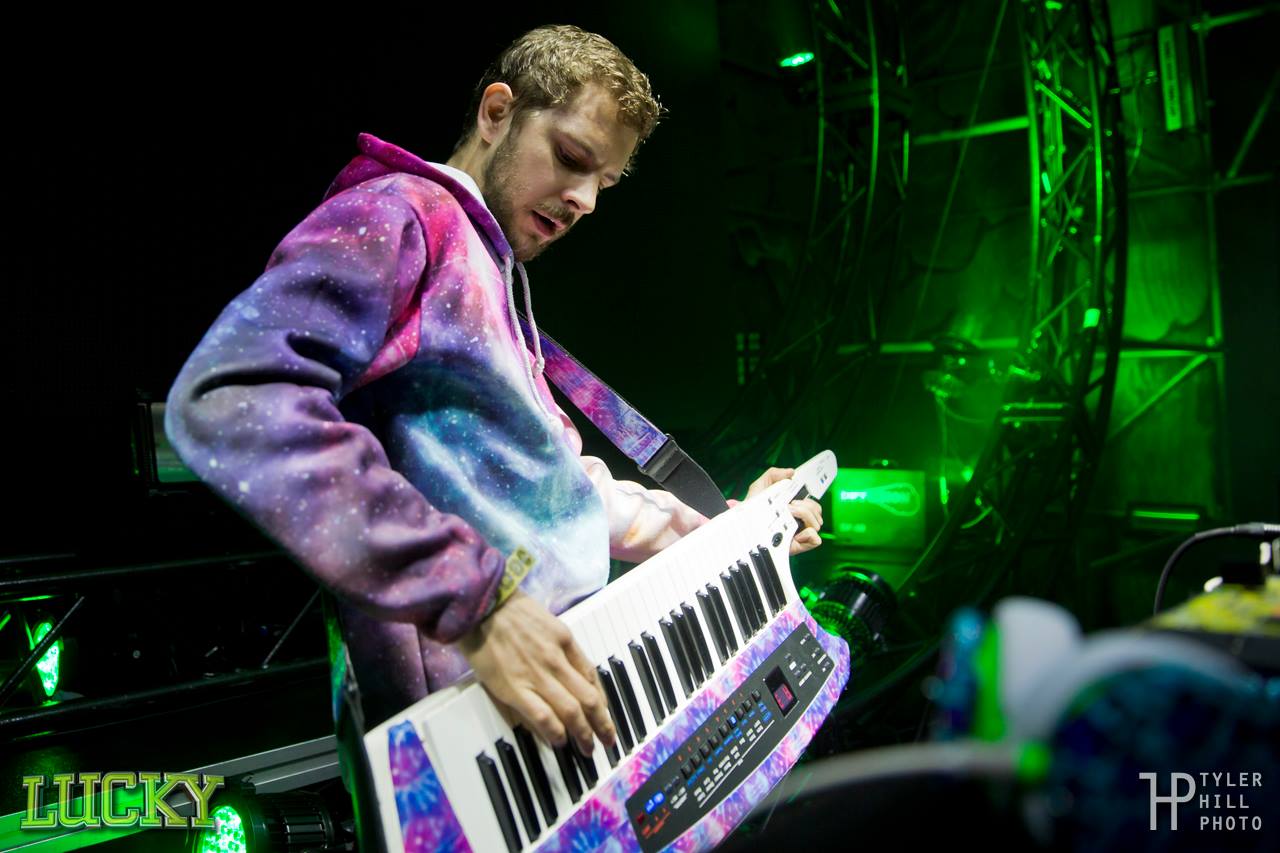 As soon as we sat down with Corey Baker (better known as Kill Paris), it only seemed appropriate when the unmistakable first bars of Pretty Lights’ Finally Moving came over the hotel speakers. Having just moved to Colorado to join fellow souls in electro-funk Pretty Lights, Big Gigantic, and GRiZ, it’s barely a question as to why he left the bustle of Los Angeles to lay down roots in Boulder, CO. “It’s a good place to be… as opposed to LA where there’s so much going on, it’s just crazy.” What’s typically a decision that would take any of us weeks of mulling over moved just a little faster for Baker.

Honestly, my move there happened within two weeks from when I decided to move and when I found a house… I love it out there, I don’t regret it.

Maybe it’s the mountain air, but creativity seems to run rampant in the Mile High State. Just in the last year, we’ve gotten Pretty Lights’ A Color Map Of The Sun, GRiZ’s Rebel Era, and Big Gigantic’s gradual release of The Night Is Young. Now that Kill Paris has arrived in Colorado, we have a glimpse of just what it is that inspires this next-level commitment to production.

In Colorado I actually have a house where I have a separate studio… it’s definitely changed my head space and made me more clear-thoughted when it comes to making music… you walk off my driveway like three feet and there’s a trailhead right there that leads up to the mountains, so like, just being around that and being able to walk outside and be in nature is just amazing.

But it’s not all about holing up in the studio for Colorado’s glitch sons, as musical tastes aren’t the only thing they have in common. Some share favorite bands, while others still share a line of their address. “GRiZ lives right down the street from me, so him and I hang out from time to time when we’re both in town.” Kill Paris connects with a fan at Lucky 2014

Outside of the studio, Kill Paris’ live show is a wholly unique experience, partly because like his neighbor GRiZ, he incorporates live instruments into his set. Wielding a keytar reminiscent of the synthy 80s style many of us grew up on, it’s a site not often seen behind the decks.

I think that’s an aspect of my live show that I think is a little different, it’s something that’s unique that’s never the same. I’ve always been interested in the keytar because it’s kind of like a redheaded stepchild, it’s never been taken seriously and I never take myself seriously so why not get a keytar and just see how it works out, see if it’s fun? It’s been one of the funnest things to play that I’ve ever played.

Much like his counterparts within the scene, Baker is an artist who views the funk and swing inspired sounds of the past as “timeless.” He carries this into his production process, involving a mix of what he loves, what inspires him, and most importantly what strikes him in the moment. Perhaps the best example of this philosophy is the attitude he walks into every record store with. “There’s always little like, songs off random records. I never pick out anything I know, I always pick out stuff that looks interesting. Usually the song titles too will tell you what kind of vibe it is.” Whether finding new treasures at a record store or finding nuances in songs that have been around for decades, Kill Paris’ approach to music is decidedly old-fashioned in the best way. One of his biggest influences is that “timeless” big band instrumental sound of the 1920s. In the meantime our radios are inundated with what feels like the same fifteen tracks, as the issue of “sameness” starts to take hold. In the end though it comes down to the music that truly possesses staying power.

It’s stuff you can listen to, it’s music that makes you feel something. It’s stuff that you can listen to multiple times and hear something different. With a lot of the big room stuff no one is going to be listening to that in 5 years, they’re the same songs. It loses shelf life very quickly. If you listen to some of the biggest Beatport top 100 songs from 4 years ago, people don’t want to hear it.

Oftentimes, this timeless music will be what challenges us most. Lucky for the scene, this is exactly what Kill Paris specializes in. “I’ve always been interested in the idea of playing a show and challenging the people who are there, maybe even if they’re not dancing the whole time but at least getting them out of their comfort zone a bit.” Both on the road in New York and in Seattle at Lucky, we were privileged enough to watch him ride that thin line between music we can dance to and music that makes us think.

That fun-loving yet musically mature attitude translated into an infectious energy that kicked Lucky off on a decidedly eclectic note. Whether you were fortunate enough to catch that energy or you have yet to see Kill Paris perform, we strongly encourage you to give him a listen. The now-resident Coloradoan is a welcome breath of fresh mountain air in a world all too populated with “push play” DJs.

Catch Kill Paris in Portland on April 12, at Branx with fellow Lucky artist Candyland, as part of the ongoing Killer ‘Fro tour.